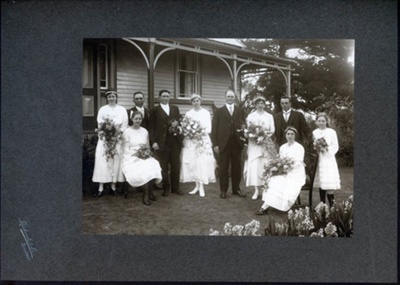 About this objectTwo photographs from the double weddings of Suzanna Mabel Trewin to William Coutts and Catherine Gertrude Trewin to David Robert Brewster, at the property "Avondale" in Waubra on September 22, 1920. The property was the home of both brides.